The deck and cabin beams were the first thing I made on the boat. I figured they were easy to do in my garage , they were easy to work with and if I didn't enjoy building them, than  most likely I would have abandon the project.  ( I loved it!!!!) 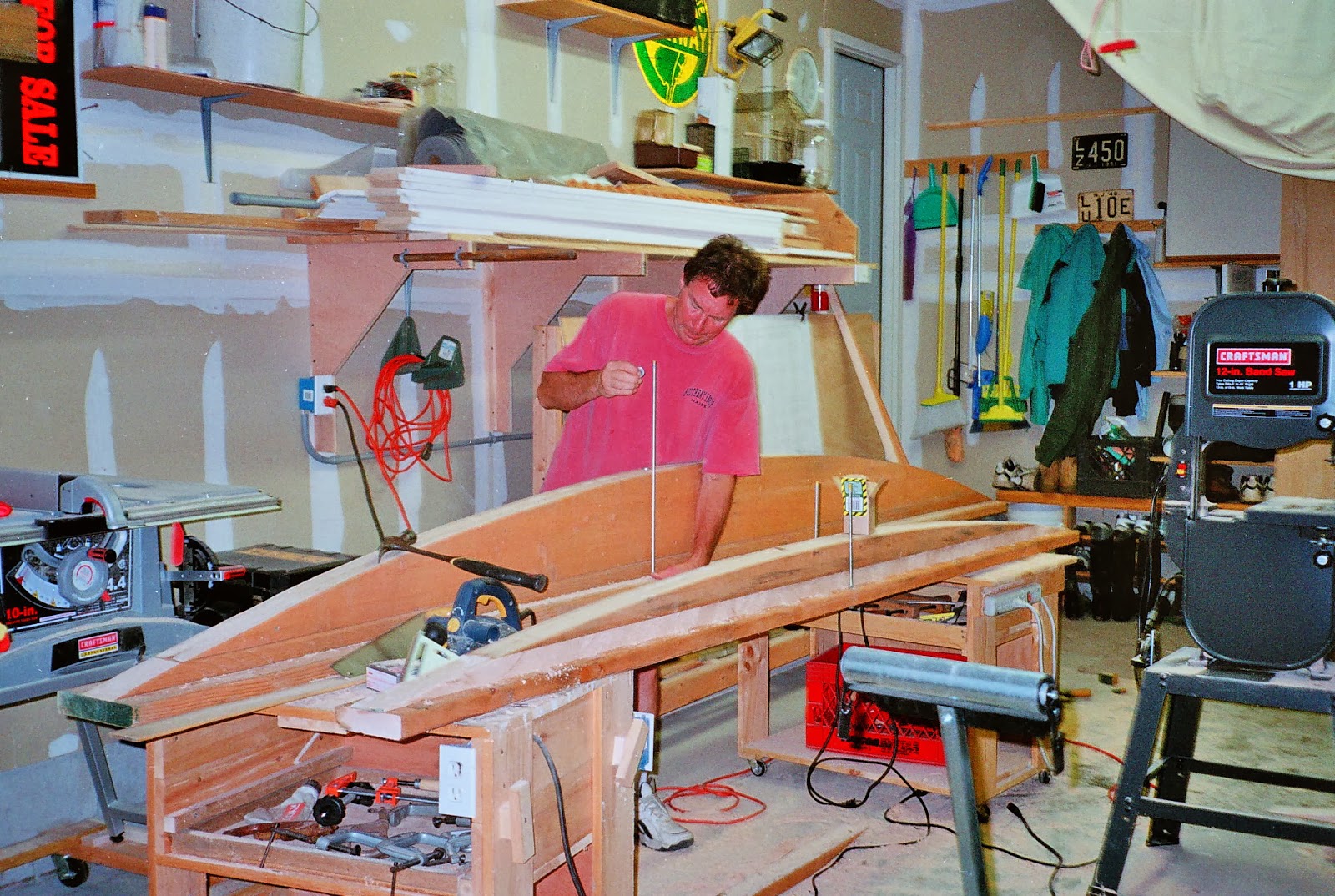 I decided to laminate my deck and cabin beams as apposed to saw cutting them. To do this I made two forms to bend and glue my material. The forms were cut out to the shape of the deck and cabin beams. I used two 2 x 12 standing on end and a  2 x 6 bottom cord. I then drilled holes in the cord every 6" on both sides of the curved 2"x 12", fastened  1/2" threaded rod to the bottom cord. I made some clamping blocks out of oak hardwood flooring which would be used to clamp down the layers of wood,  glue and hold in place till cured. I used 5 layers of  5/4" by 3" western red cedar glued with Titebond II. Below you see the rods, and the layers of cedar to be glued. By putting waxed paper over the form, the beam would not stick to the form. Once each layer was glued I would crank down on the hardwood flooring blocks using an impact diver till tight. I would glue up one cabin and one deck beam in a night and let set up for at least 24 hours. I have 22 beams total.  There are more cabin beams than deck beams and the cabin beams have less crown. 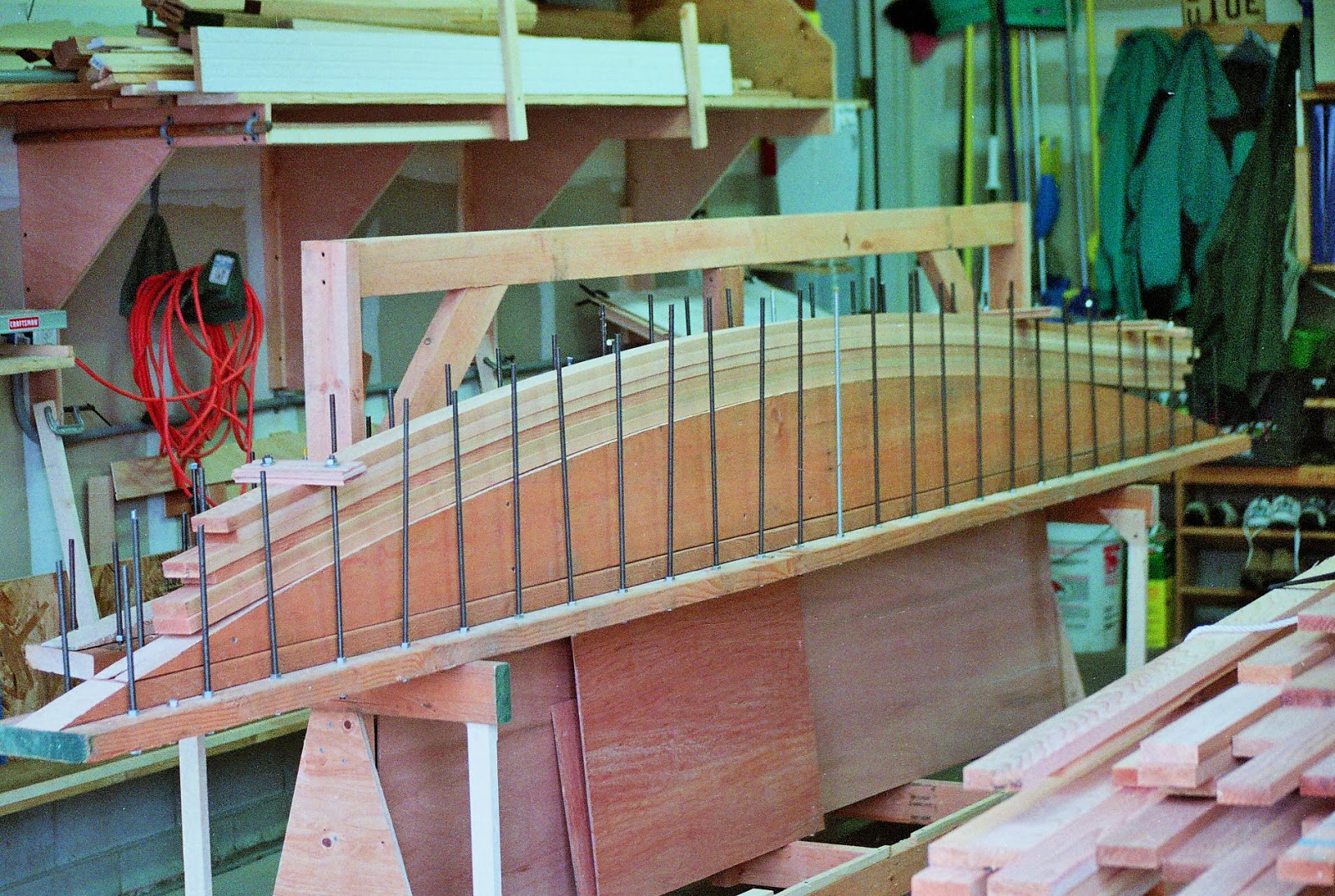 This a a real messy part of the building process, but it is one of the parts of building a boat that is just very rewarding!
Posted by Seacoast Duck 44 at 3:24 PM