Now with the top sheer plank off I was able to place the deck beams on the second planking layer and fit the deck beams to the frame. I left a space between the planking and the en of the deck beam. In a wooden boat you want air to circulate. 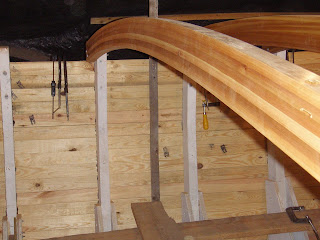 Bolted each deck beam to the frame and the hull was taking shape. 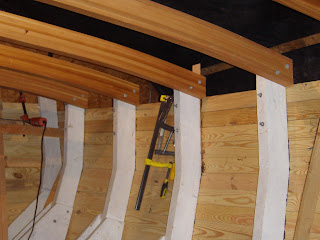 Forward deck beams.  The Carlin's will attach to the last deck beam shown in this photo,
or at station 8. We will see this later. 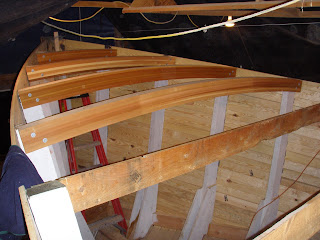 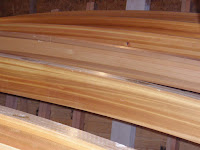 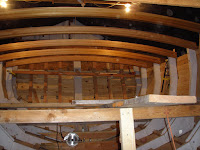 These beams have come a long way since the start of the project. I get more positive comments on the deck beams from visitors than any other part of the boat. That Tung Oil is great!
Posted by Seacoast Duck 44 at 3:35 PM